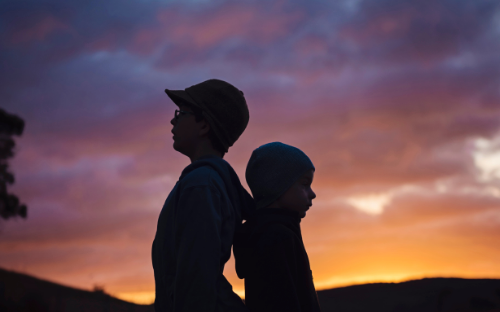 According to the Merriam-Webster Dictionary, one definition of hate is intense hostility and aversion usually deriving from fear, anger, or sense of injury. There is so much going on right now around the world, it is hard to ignore the hate that is being spread. As I watch the news I can’t believe some of the things that are happening around the world.

This morning I was thinking, what does God think and feel about what is going on? We are all made in His image. If we are torn by the violence being done on one man, how does God feel about it? I can imagine the hurt and betrayal He would feel.  Yes, betrayal!

God created the first man out of mere dirt and breathed His very own breathe in him.  Even when the first man sinned, God clothed him like how He has clothed us in His righteousness.  He loved Adam, humankind, and even though He sent Adam and Eve out of the garden, He was still in the midst of them.

The first physical death happened by the hands of Adam’s own son.  The agony Adam must have felt when getting news that his son was dead, murdered by his own brother. Abel’s blood cried out to God from the ground.  “Am I my brother’s keeper?’ was Cain’s response to God after he killed his own younger brother, the very one that would have looked up to him.  We usually look at what the parents feel but how many times do we look at what God feels?

One thing I don’t think we understand is where we all came from.  I’m trying to understand where did it get lost?…is it in the school system? After all, our children are taught our ancestors were apes and have evolved into human beings.  This would mean we didn’t have the same ancestors.  As our kids get older and head off to university, this teaching of evolution is reinforced in their lives and they drift from the teaching mom and dad gave them to this new revelation.

We have all came from Adam and Eve.  Same mother, same father.  After Noah left the ark, he was given the instructions to be fruitful, multiply and fill the earth.  The next event is the tower of babel.  Hope you are still with me…

Different cultures were birthed through the tower of babel.  We only have different “races” because people separated and multiplied by their groups.  Scientists even know this.  Let’s look at an example with cats.  If I have 2 black cats…I am going to get another black cat, the chances of getting anything other than a black cat are very slim unless there were white, red or brown cats in the previous generations.

But I say to you that everyone who continues to be angry with his brother or harbors malice against him shall be guilty before the court – Matthew 5:22

As we discussed, hate is stemmed from anger and fear.  Fear and anger are issues of the heart.

To deal with the issues in our hearts, we need to confess the issues, repent of it and renew our minds daily.

All of this violence and hatred need to stop, and we as parents need to get in the word and teach our children where they came from, about their first ancestors and let them know, they are their brother’s keeper.  We are responsible for each other.

My prayer is that we will be united in God’s love. Put other’s first like the Word of God says, and submit to each other.

I am a wife and mother of 3, but most importantly, I am a Christian, in love with Jesus, that wants a place to express my love for Him and to help others that want to know more about him.

Disclosure: This site may contain affiliate links, which means we may receive a commission if you click a link and purchase something that we have recommended. While clicking these links won’t cost you any extra money, they will help us keep this site up and running.  Thank you for your support.

**As an Amazon Associate I earn from qualifying purchases. At no additional cost to you. These also help support this site.  Thank your for supporting the mission to tell others about Christ’s love.

Check out this amazing testimony how God taken Michelle from @theweightofthingz , from a life of drugs and violence to a life full of joy and peace.
My God is awesome! Mighty, deliverer, holy, provider, protector, AWESOME!!!
Are you struggling with co-dependancy??? 🤔 Learn the signs of of codependancy and how to be freed.